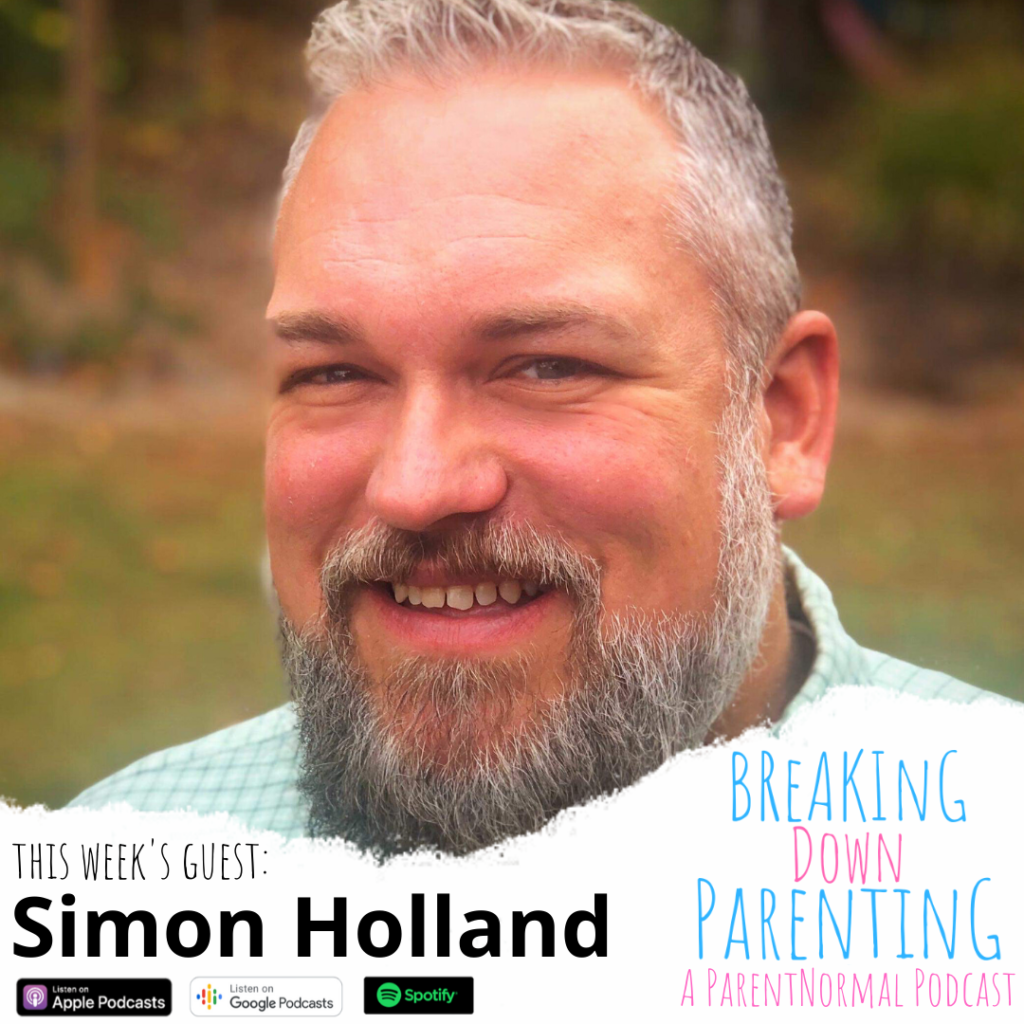 This week on Breaking Down Parenting: A ParentNormal Podcast, I’m joined by the funniest dad on social media, Simon Holland, to break down dad stereotypes versus reality.

In our conversation, we discuss rival dads, how the role of a dad has progressed since the 1950’s and what happens when dads try to be cool. We also break down some of Simon’s (@simoncholland) most popular tweets, such as:

Accidentally played dad instead of dead when I encountered a bear and now it can ride a bike without training wheels.

I accidentally said skrt when I meant to say yeet in front of my daughter’s friends and they went sicko mode making fun of me. I’m afraid I’m out of the squad.

We keep a potato masher in a drawer because sometimes it’s fun to not be able to open that drawer.

Million dollar idea:
Dinosaur chicken nuggets that may cause drowsiness.

We also talk about some of Simon’s tweets about rival dads such as:

A rival dad mentioned he was up at 6:00 this morning so I told him it must be nice to get to sleep in on a weekday.

Gave a rival dad a “how to grill” book right in front of a bunch of people.

Asked a rival dad how much it costs these days to pay someone else to change their oil.

Asked a rival dad what playing Madden on rookie mode was like in front of a bunch of other dads.

One time I told a rival dad that the air pressure looked low in one of his tires right in front of a group of people.

You know you’ve gone full dad when you realize you are explaining how water towers work to an entire car full of kids who don’t care.

One time a rival dad challenged me to a duel so we raced to see who could move a car seat from one car to another car the fastest.

Made it to that level of dad where I’m excited about vacation because I can turn up the thermostat while we’re gone and save some money.

Breaking Down Parenting: A ParentNormal Podcast is a show that’s for imperfect parents by imperfect parents. Hosted by humorist and imperfect parent of three Chris Cate, every episode breaks down a topic that causes parents to break down, such as putting kids to bed, potty training, the terrible twos, homework, clothing, discipline, cleaning up, cooking for kids, and so on….

Links to more episodes of Breaking Down Parenting: A ParentNormal Podcast