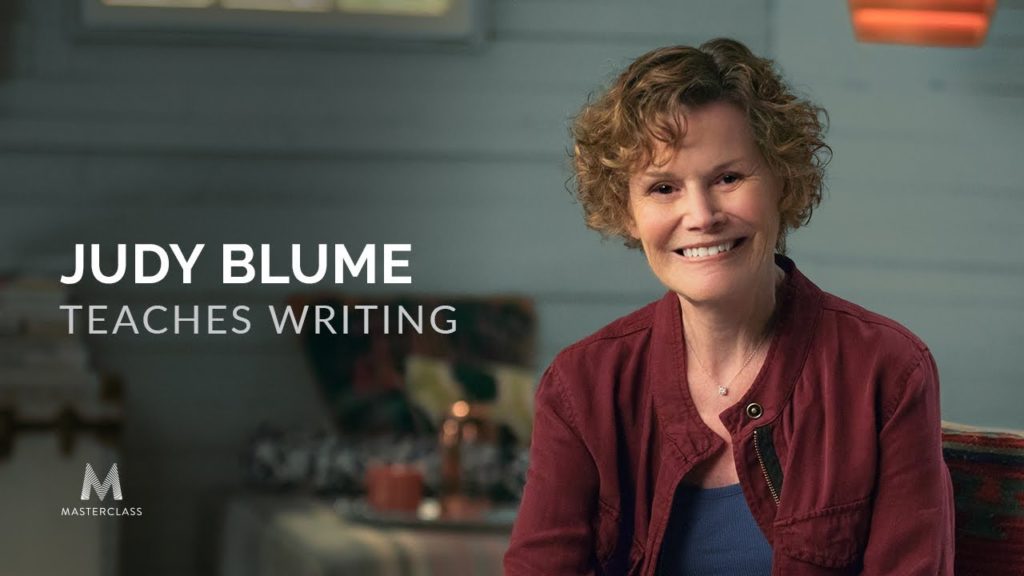 I can’t say enough good things about Judy Blume’s MasterClass. She was insightful, entertaining and passionate about teaching the craft of writing.

Judy has sold 85 million copies of classic children’s books like Tales of a Fourth Grade Nothing and Superfudge. Her accomplishments and eagerness to share her knowledge has earned her spot alongside other “masters” teaching a MasterClass like Ron Howard, Serena Williams, Gordon Ramsay and others. Frankly, the hardest part of taking a MasterClass is choosing which one to watch. You can see all of the classes for yourself here.

Blume’s class opens with a broad picture of the writing process, but it moves into more practical lessons and plenty of stories that support the lessons. You can tell how much she cares about her writing and her books, which cover more than 50 years.

Judy gets swept up in emotion as she shares several of her stories. During other stories, she tells them with such energy, you can’t help but get energized too. It’s like having the sweetest and most motivational teacher you can imagine.

There are too many lessons to share here, and Judy’s stories are worth the price alone. But here are 33 of the lessons I learned from Judy Blume’s MasterClass:

You can go here to find Judy’s MasterClass. Other authors teaching a MasterClass include Neil Gaiman, R.L. Stine, James Patterson, Dan Brown and Malcolm Gladwell. You can also search the many other MasterClasses here.