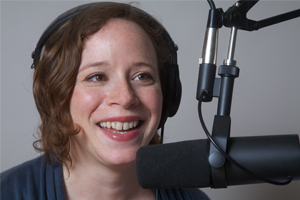 Hillary Frank, host of The Longest Shortest Time podcast, is the featured guest this week. Her work has aired on a variety of public radio programs including  This American Life, Morning Edition, All Things Considered, Studio 360, Marketplace, and Weekend America.

I am thrilled to have Hillary on my show because her show helped pave the way for family podcasts like mine. The Longest Shortest Time is the top ranked Kids and Family podcast in all of iTunes, and it has just become a part of the Earwolf Network.