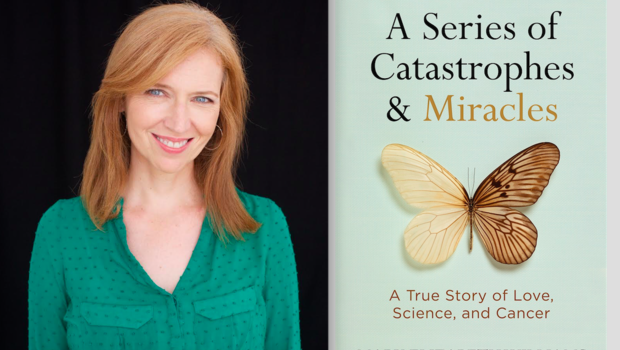 Mary Elizabeth Williams was diagnosed with a rapidly fatal form of cancer while her kids were only 6 and 10 years old. In this episode, we talk about how she responded to her diagnosis and how she told her kids. We also talk about new treatments and what advice she has for parents struggling with a terminal illness.

Mary Elizabeth’s story has a happy ending. She is healthy and has a new book that tells her complete story titled A Series of Catastrophes and Miracles: A True Story of Love, Science and Cancer. But there are many parents with young children who still don’t know how their story will end. If you want to help them in some way, Mary Elizabeth suggests donating to Gilda’s Club, which provided tremendous support to her and her family. As Mary Elizabeth puts it, cancer is not a one person disease. It impacts everyone in your life.

Gilda’s Club is a free nonprofit emotional and social support community for people living with cancer and their families and friends. It is named in memory of Gilda Radner, best known for her work on NBC’s Saturday Night Live, who succumbed to ovarian cancer in 1989.

So if you are living with cancer or you know a friend who is, Mary Elizabeth definitely suggests you check out this organization for support.