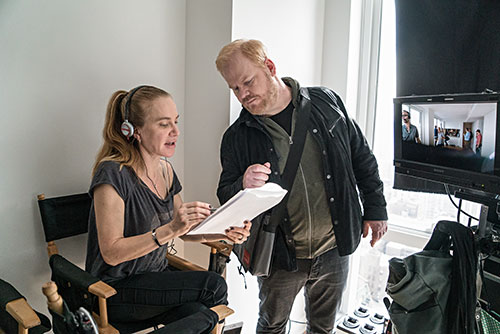 Jeannie Gaffigan, the wife and writing partner of Jim Gaffigan, one of the most popular comedians in the world, is the featured guest on the podcast this week.

In our conversation, Jeannie and I talk about her writing process with Jim, what it’s like to raise kids in New York City, what their family does for entertainment and why Father’s Day was the perfect day for the new season of the Jim Gaffigan Show to premiere.

Mentioned in this Episode: