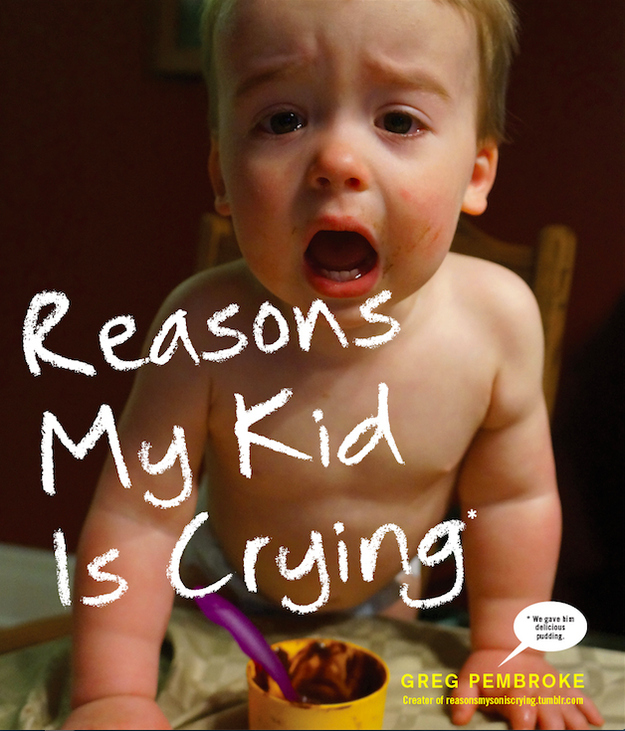 Reasons My Kid is Crying author Greg Pembroke is the featured guest in this episode is all about meltdowns – something all parents have to deal with, and usually when it’s least convenient.

I ask Greg how pictures of his children went worldwide in a week, leading to an appearance on Good Morning America and a book deal. We’ll find out what toddler meltdown took place on opposite sides of the planet at the exact same time, and Greg will share what happened when one of his toddler’s famous meltdowns was recognized at Disney World.

A mom and dad are being hailed as customers of the year in Bowling Green, Kentucky. The distinguished parents received a standing ovation last night as they escorted their crying toddler out of a popular dinner time location.

The applause and standing ovation was a significant shift from the boos and evil eyes everyone had been giving the parents while their toddler attempted to break the record for longest scream, a failed effort despite countless attempts. The parent’s picture can now be seen on the restaurant’s wall of fame – with a note underneath that says, “Do not serve.”

Meanwhile, in Rutland, Vermont, a wedding had to be put on hold after an audience member became so emotional that the bride and groom couldn’t hear themselves speaking. The scene was particularly unusual because the emotional audience member didn’t even know the bride or the groom.

It was a 3-year-old who witnesses say really wanted a teddy bear that was accidently left in the minivan because the 3-year-old’s family was running late and had to hurry in.

Fortunately, after only a one hour delay, the parents of the 3-year-old were able to carry out their tearful boy with the help of several family members. During the delay, the preacher officiating the wedding led a prayer circle to pray for all parents. A special offering after the service also helped raised more than $1,000 to go towards babysitters.

And in tech news: Car manufacturers are developing a new car alarm that will replace the traditional siren with the sound of a screaming toddler. The alarm’s designers believe the sound of a screaming toddler will be much more effective at getting the attention of everyone within a mile of a car-theft and it will have the additional benefit of being so bothersome that thieves will run away before completing their theft.