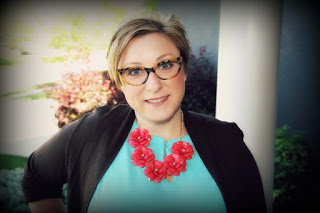 Bestselling author and mom of two Jen Mann is the featured guest in this episode about Surviving the Holidays, which are the most wonderfully exhausting time of the year.

I ask Jen what inspired her to start a blog called People I Want to Punch in the Throat. We’ll also talk about the pros and cons of lying to kids about Santa and she’ll share how her blog post about the Elf on the Shelf got one million hits in 24 hours and changed her life.

Links and Items Mentioned in this Episode

A family in Rockland, Maine is hoping for a Christmas miracle. This year, the family’s twin toddlers have convinced their parents to set up the family Christmas tree early, which means it will take a Christmas miracle for even one ornament to make it to Christmas Day without being shattered. The family is said to be on pins and pine needles. But they are accepting donations in the form of non-fragile ornaments and wine.

Meanwhile, parents in Naples, Florida are the beneficiaries of an unwelcome Christmas miracle. They are having a white Christmas early in Florida after taking their eyes off of their toddler for 10 seconds, just long enough apparently for their toddler to roll toilet paper across every inch of their house and yard.

Neighbors are still trying to decide whether the incident has caused the parents to go crazy or if they’re just acting in the Christmas spirit. Because rather than disciplining their toddler, who neighbors have nicknamed the Manheim Steamroller, the parents can be seen in their yard making a toilet paper man with a corn cob pipe, a button nose and two eyes made out of coal.

And finally, a new study finds that if 75 percent of a child’s Christmas toys aren’t broken, lost or forgotten a week after receiving them, the child is probably too old to be playing with toys.

Parenthood truth bombs from @nochillpreschooler an