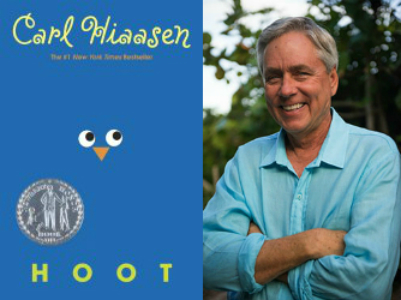 In my conversation with Carl, we talk about how his newspaper background influences his writing, why he began writing young-adult books after a successful career writing books for adults and how responsive kids are to stories about the environment.