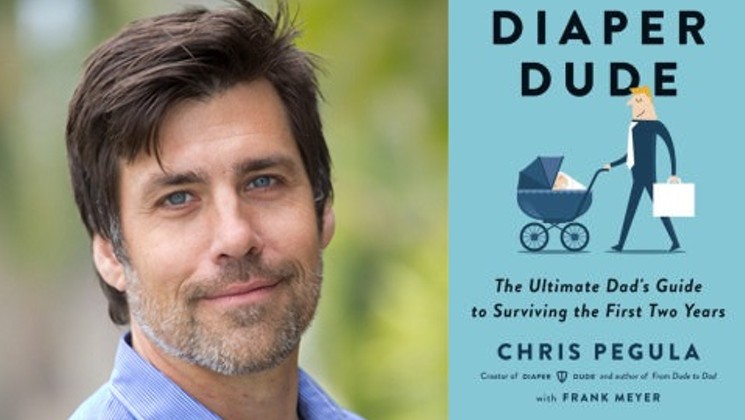 Diaper Dude Chris Pegula is this week’s featured guest. Chris created the company Diaper Dude after noticing most diaper bags and accessories were designed for moms.  So instead of carrying his baby-stuff around in a gym bag or backpack, Chris created The Diaper Dude for dads.

In our conversation, we talk about how he created a company that makes diaper bags that even celebrity dads like Brad Pitt, Ben Stiller, David Arquette and Matthew Broderick are using. We also talk about Chris’ new book, Diaper Dude: The Ultimate Dad’s Guide to Surviving the First Two Years. He even shares a great parenting hack that involves turning clothes around backward.