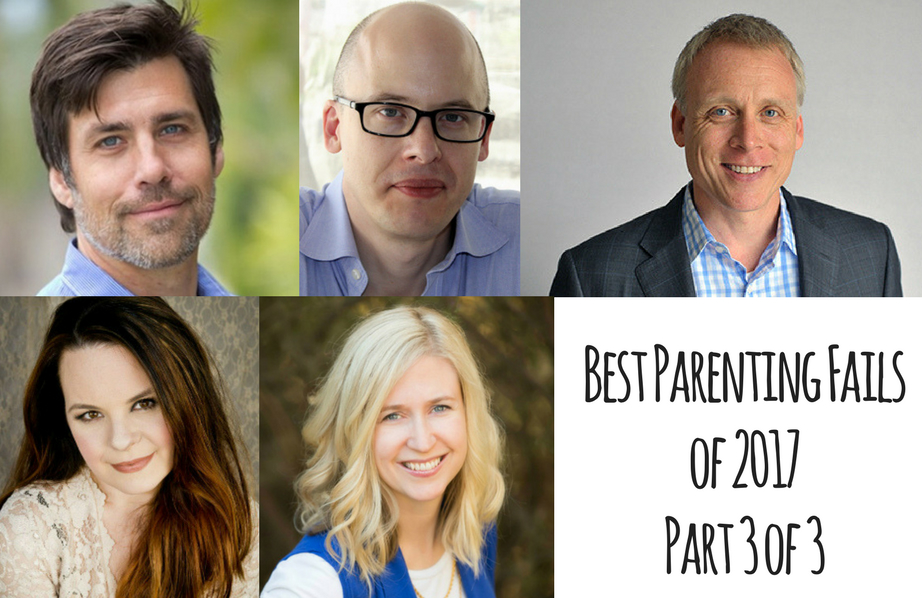 We’ve reached the end of the countdown of the best parenting fails shared on the ParentNormal Podcast in 2017.  This episode features the five most memorable stories of the year.

Parenting is stressful enough without beating yourself up for past mistakes. The best thing we can do is just acknowledge our mistakes, apologize and try not to make the same mistakes again.

Parents Featured in this Episode:

#5 Chris Pegula, author and creator of Diaper Dude, who was interviewed in episode 81 of the podcast.

#4 Lev Grossman, the New York Times bestselling author of The Magicians, who was interviewed in episode 65 of the podcast.

#3 Jenna von Oy, who played Blossom’s fast-talking best friend Six on the show Blossom, who was interviewed in episode 72 of the podcast.

#2 Jay Papasan, author of multiple bestselling books including The ONE Thing: The Surprisingly Simple Truth Behind Extraordinary Results, who was interviewed in episode 77 of the podcast.

#1 Heather Haupt, author of Knights in Training: Ten Principles for Raising Honorable, Courageous, and Compassionate Boys, who was interviewed in episode 80 of the podcast.