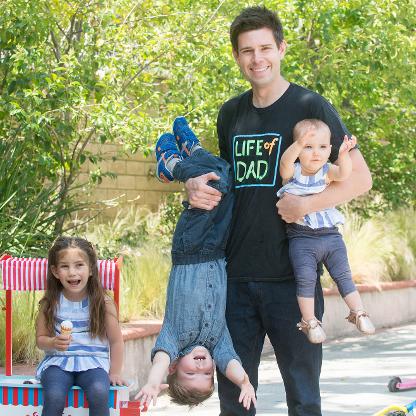 Tommy Riles, co-founder of the Life of Dad social network for dads, is this week’s featured guest. Tommy is also the audience warm-up comedian for the Ellen DeGeneres Show and has done warm up for dozens of others shows such as American Idol and Dancing with the Stars.

In our conversation, we talk about how Tommy became an audience warmup comic and how that has actually helped him as a parent. We also talk about how he started Life of Dad and what it means to help lead a community of fathers.