This post is sponsored by Georgia-Pacific; however, all thoughts and opinions are my own.

As a parent of three kids, I have changed thousands of diapers over the years. It’s a tedious task, but I can’t deny how much better parents today have it than parents decades ago who didn’t have absorbent diapers to soak up baby messes. It was with this in mind that I visited Georgia-Pacific’s Foley Cellulose Mill: one of the primary locations we have to thank for making the absorbent material found in diapers: cellulose.

What the cellulose is cellulose?

According to Encyclopedia Britannica, cellulose comprises about 33 percent of all vegetable matter (90 percent of cotton and 50 percent of wood are cellulose) and is the most abundant of all naturally occurring organic compounds. In short, it is the basic structural component of plant cell walls.

The Georgia-Pacific Foley Cellulose Mill, which is only an hour from my house in North Florida, is a major producer of cellulose fibers derived from slash pine trees. These cellulose fibers are used in more than just diapers too. They are in everyday things like clothing, food products, tires, shampoo, filters, and towels. The fluff pulp Georgia-Pacific makes from cellulose is ideal for disposable diapers and baby wipes because it has tremendous absorbency.

But that’s not all. Cellulose also makes dairy products smoother and creamier. I bet you never realized something in your baby’s diaper was also in your dairy products. Yum, right?

Who is Georgia-Pacific and what makes them so special?

The Georgia-Pacific Foley Cellulose Mill is the largest employer in Taylor County, Florida with 600 employees. Its estimated impact to the local economy is more than $230 million per year. Recognizing the importance of giving back to the community and being a good neighbor, the mill donates more than $100,000 annually to charities and schools including the Tallahassee Museum, Boys and Girls Club, Habitat for Humanity and Red Cross. The mill and its employees also contribute over $100,000 to the local United Way campaign annually. Impressive.

On my tour of the Georgia-Pacific Foley Cellulose Mill, it occurred to me that the mill operates like a good parent. It’s running 24 hours a day, seven days a week. It has to manage hundreds of different tasks at the same time. And it takes safety very seriously, constantly reminding everyone to be careful. I could use a couple of these signs in my house: 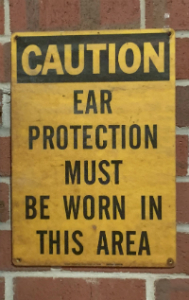 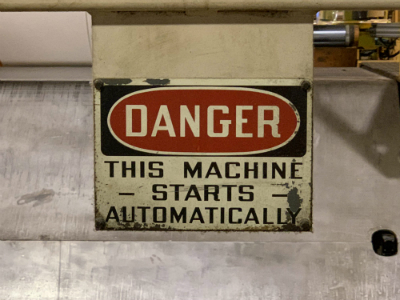 Thinking of the Future

Another way the Georgia-Pacific team acts like a good parent is how they think about future generations and sustainability. They are very energy-wise. By using environmentally conscious production practices, they maximize the use of renewable raw materials. Georgia-Pacific uses every part of a tree and transforms wood waste into energy for their mills (called woody biomass). The Georgia-Pacific Foley Cellulose Mill generates 85 percent of its total energy needs from renewable biomass.

After our tour, we went on a boat ride down the nearby Fenholloway River, a black water stream used by the mill. Since that time, I haven’t been able to get the song Black Water by the Doobie Brothers out of my head.

The Georgia-Pacific Foley Cellulose Mill has invested $250 million to improve the water quality of the river. The effort is called the Fenholloway Water Quality Project. You can learn all about their environmental restoration efforts here.

What’s in Your Backyard?

I had driven through Perry, Florida, where the Georgia-Pacific Foley Cellulose Mill is located, many times without ever stopping to see the mill. Now that I’ve had the chance to visit, meet the mill’s great employees and learn about how it’s helping the community and surrounding areas like mine, I feel like I know my neighbors even better. And it’s good to know how much they care about their neighbors, including the wildlife.

If you have a large business near you, I encourage you to visit them and ask how they are helping your community. Maybe you’ll even learn a fun fact like I did about how cellulose is used in food and diapers. I know I’ll be sharing that one at the next cookout if anybody complains about my cooking. 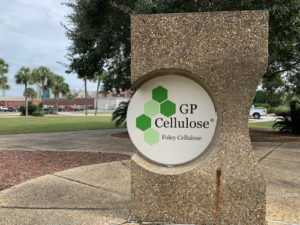