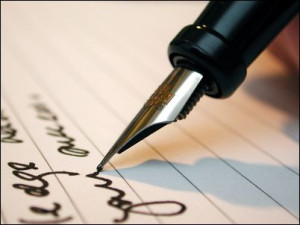 Today my five-year-old daughter informed me she has a boyfriend and that this hooligan (my words, not hers) is you. Before you try to tell me you didn’t know that you were her boyfriend, you can rest assured that I presumed that to be the case. Nobody would be so foolish as to court my daughter without asking for my permission first, right?

In my estimation, a gaggle of kindergarten girls must have sensed an imbalance in the ratio of princesses to princes on the playground and made a multitude of pairings for each other without the consultation of their counterparts. Your best attribute was probably your proximity to the swing set where the girls were planning their Frozen reenactment, so you can stop trying to high-five whoever is reading you this letter.

Regardless of whether you were complicit in this scheme, and I hope for your sake that you were not, it is necessary for me to put you on notice of the following:

We’ve never met before, and I would prefer we keep it that way. But at least you’ve learned an important lesson: Stay away from my daughter.

More Sincerely than You Know,